Data from each of the field sources are received by the ICM Data Hub, represented in red in the figure below.

The primary functions of the Data Hub are:

The figure below shows additional design details for the Data Hub: 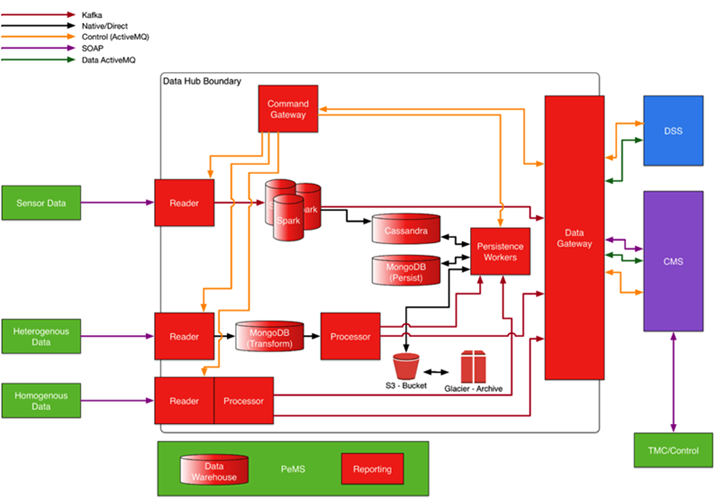